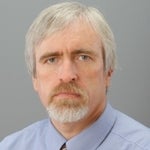 My name is Richard T. Jones and I have lived in Austin for the last 20 years.

I'm very good at this – I've successfully handled over 3000 misdemeanors and over 1000 felony cases. You don't get the opportunity to handle that many cases unless you're very good at what you do. In fact, I've even been called upon to represent clients outside of Austin, such as San Antonio, Lockhart, San Marcos, and Williamson County."

My name is Richard Jones. I was born on an Air Force base that happened to be surrounded by the state of Kansas. After two or three years in Puerto Rico, my family moved to Abilene just long enough for my brother to be born. In other words like all good non-native Texans, I got here as quickly as I could and stayed.

I went to Rice because it was a great school, with the benefit of being close enough to take laundry home on the weekend. Never underestimate the power of laundry. I graduated from Rice University with a degree in psychology which gives me an edge in helping clients with mental health issues. After Rice, I took a couple of years off and worked as a computer programmer and manager of a comic book store. I learned a lot about dealing with a wide variety people from those jobs and I learned about customer service.

My decision to go to law school was influenced by many things. One reason is that when I was a child, an insurance company tried to cheat my mother. She found a great attorney and he got her the compensation and benefits she deserved. I never forgot how grateful she was for that attorney's help.

Another was that in my early twenties, I was pulled over by the police and issued a ticket. I wasn't in a really good position to argue for myself because I didn't know the rules the way the prosecutors knew the rules. I didn't like feeling that way and I decided to do something about it. I still have to take defensive driving sometimes, but now I don't feel like a victim of the system.

For law school, I chose the University of Texas School of Law because it was a good school and Austin is a great place to live.

I graduated law school in May 1992, was licensed that year and started my own Criminal & DWI Defense law office in Austin in January 1993 – and I've been helping individuals and families for 20 years now.

Criminal defense lawyers get asked, "How can you represent so many people when they're in trouble?" The answer is easy. I've represented so many people because I treat my clients like they are a member of my family. When a family member is in trouble you help them. you go get the job done.

My mother was a school teacher and my dad was in the military and recently retired as a letter carrier. I developed my dedication to hard work and service by studying their example.

I'm married to a lawyer, so I have a lot of experience in arguing my position to opposing counsel.

My hobbies include my 2008 Bullitt Mustang and ferrying my son to karate and soccer. The car is fast enough that over 20 years later I still get the occasional ticket. I have recently started my own karate training to keep up with my son.

Connect with The Law Office of Richard T. Jones

Thank you for contacting us. We will get back to you shortly.

Please complete all required fields below.